This week we visited a Reptile centre for some great photographic opportunities and to learn more about these creatures.  We were lucky enough to have our own private session, so not long after arriving, we found ourselves all lying on the ground photographing a hooded cobra.  (From a suitable distance and with long lenses of course!)

This was followed by a green mamba and a black mamba. The black mamba is in fact grey, but it gets the name due to the inside of its mouth being black.

Our guide was keen to point out that whilst these snakes are highly venomous, they try to avoid people and contrary to local belief, they do not chase us!

I managed to catch some photos of the chameleon grabbing a bug – their tongues are exceptionally long – they can catch a bug up to 10” away and it flicks out and back again with lightening speed. 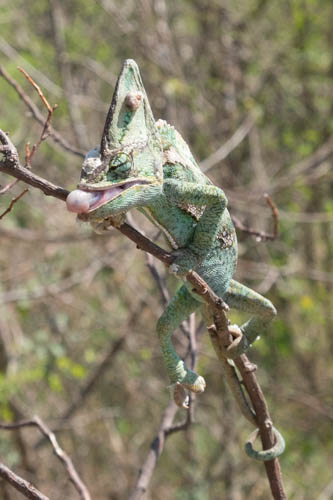 We also got up close to a couple of Baboon Spiders, AKA Tarantulas.  There was the chance to hold one, but I may have to work up to that one, even with a cute smiley face on its back!  Baboon Spiders spend 7 years digging a hole in the ground where they live, and will absolutely not live anywhere else.   The centre has tried to relocate some,  they have tried making a cast of the hole and making another identical one, and they have even dug up a large piece of ground around the hole so that it’s home is kept intact – the spiders aren’t having any of it – if their hole is disturbed, damaged, or moved they won’t go back into it, and then they will be picked off by birds of prey.

All the creatures at the Centre have been rescued and can’t be released back into the wild.  They’ve often been originally kept as pets and have never had to hunt and catch their own food, so they are now there in good sized enclosures and used to educate both the locals and tourists.  If any local sees a snake for example, they will often immediately kill it.

There are 3 macaws roaming around there too – again they were rescued and had had their wings clipped so that they can’t fly.  They are given the run of the place, and when they are cross they will chase the humans and peck their feet or legs!  The two that are the same type are both males, but it’s breeding season and they are building nests and getting cosy – whoever heard of gay parrots! 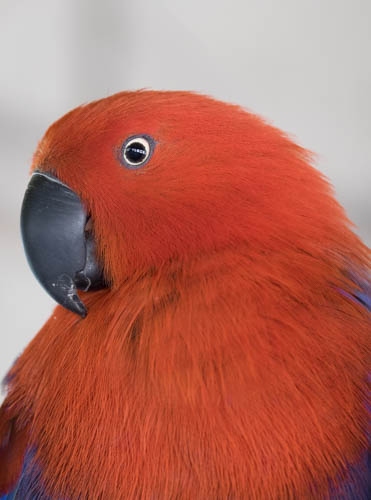