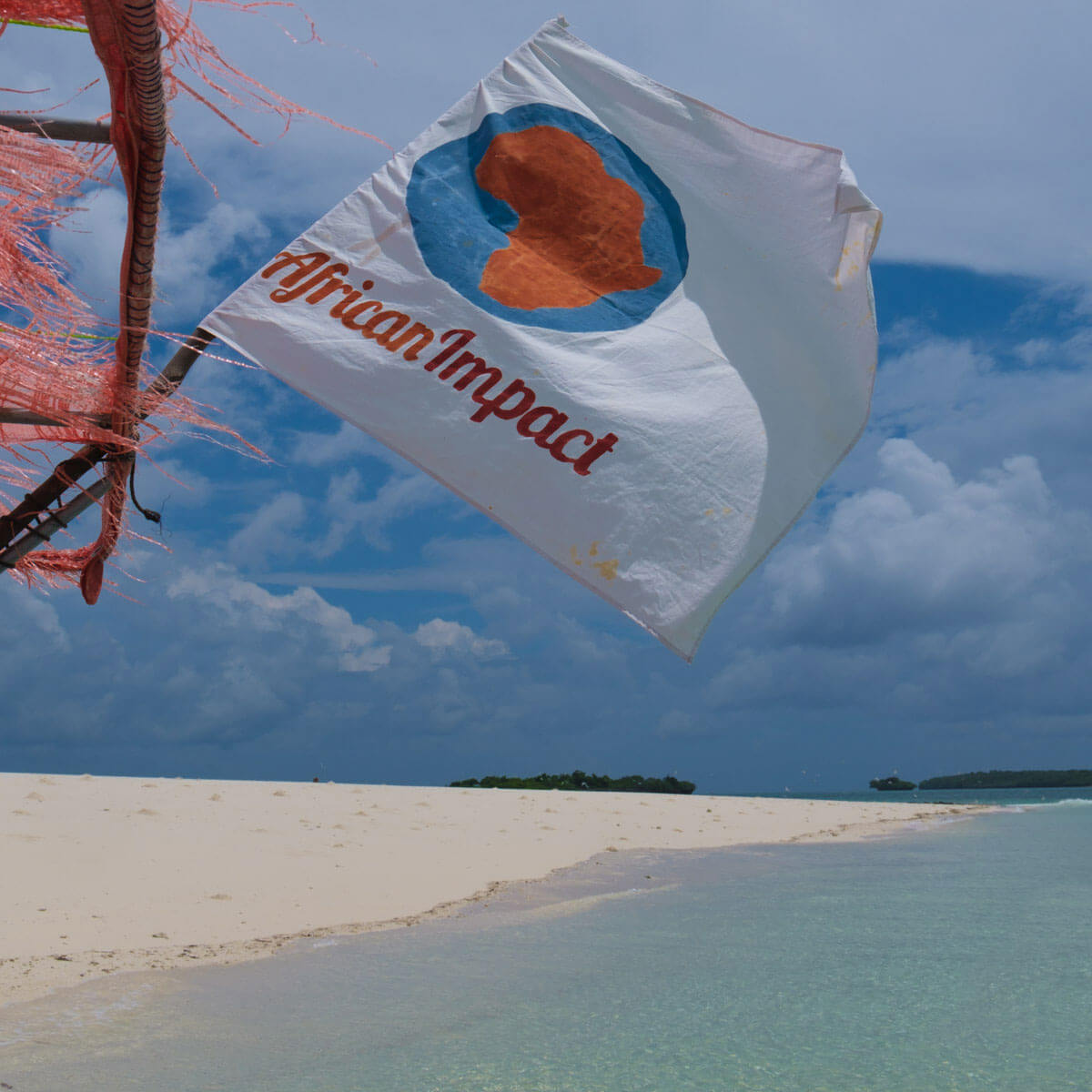 After I left Kenya I flew to Zanzibar, an Island that has appealed to me for a long time and the photo above shows just one reason! I spent two weeks there volunteering on another African Impact project – wildlife again, but this time in the sea and not on land.

Volunteering there meant taking part in a research project that contributes to the preservation of marine habitats. We studied dolphins, fishing activity and coral reefs, and got involved with the local community to increase their understanding and appreciation of their local natural resources, especially the negative impacts that tourists have on dolphin behaviour.

It was incredibly hot and humid when I arrived (and indeed for the whole duration), but the situation of the volunteer house took my breath away. It’s in the most incredible place, right on a stunning beach. The house itself is pretty basic, but I’m used to that when volunteering and I had the luxury of an en-suite shower room. Having said ‘luxury’, there was no hot water at all, but from late morning the water is tepid anyway due to being heated by the sun. There was no air conditioning either, so my windows and bedroom door were left open most nights in an attempt to get some breeze through the room, and I slept on top of the sheets with a fan blowing on me. There is a strict dress code for female volunteers on this project in Zanzibar which meant that I wore thin trousers most of the time for two weeks. It’s a Muslim country and we had to have shoulders and knees covered at all times. If we wanted to swim in the sea we had to walk away from the vicinity of the volunteer house as we didn’t want to offend any of the locals that African Impact have made a great effort to build a good relationship with. Outside my room was a verandah and the view from here was of soft white sand, palm trees and a stunningly turquoise sea, which, when I walked into it was actually hot.

The photograph immediately above was taken from the verandah at sunrise, and as I’m an early riser I would often wander down onto the beach and sit on the sand to watch it. It was nice to see that the local people appreciate this each morning too and don’t just take it for granted. There would often be several people down there just enjoying the sight.

One of my first duties was to take part in a beach clean, and I was really pleased that some local children came and helped us. They were really enthusiastic about it too, and hopefully they will continue to act on the importance of keeping their beaches free of rubbish. It’s a never ending task though – we filled 11 sacks with rubbish in about 45 minutes. Sadly a great deal of this was single use plastic.

4 days a week the volunteers go out to monitor the dolphins and the impact that the tourist boats have on them. As we headed out to look for them we would see local fishermen setting out to see what they could catch.

It was exciting and beautiful to be out on a boat going to look for dolphins and then we’d spot a large amount of boats in the distance and know just where the dolphins were. Then it got real at just how much impact people have on the dolphins. We watched and recorded some very upsetting activity – a lot of the skippers would head at speed towards the dolphins, cut them off forcing them to dive, and let their passengers jump into the sea right next to them with huge splashes and lots of noise. On the busiest day that I was there, we recorded 30 boats carrying a total of 70 people, and because we were keeping our distance we could hardly see the dolphins at all.

Once a week we went out in the afternoon in order to see how the dolphin behaviour was different when there were no tourist boats around. (Most of the tourist boats go out early in the morning.) The contrast was very noticeable. The dolphins stayed near the surface for much longer periods and they were much more relaxed. This was our opportunity to get in the water and snorkel near them, on their terms. We entered the water smoothly and over 5 meters away from them, and had the most incredible and exciting experience. I’d taken a GoPro in a waterproof housing, and here is a very short video of the moment that the dolphins swam right underneath and in front of us.

One of the things that African Impact (AI) are doing is to educate and incentivise the skippers to act ethically. There is a training programme in place, and once completed, AI will promote those people, gaining them more work. Because they are monitored once they’ve had their accreditation, they tend to work within the criteria laid down, and if they don’t, they are struck off. The photo below is of an information meeting, encouraging the guys to sign up.

Recording the fishing catches is another activity, and this information is fed back to keep an eye on the pattern of what’s usual, and whether anything is changing. There was great excitement one day when some fishermen caught the biggest couple of fish I’ve ever seen. Each one took 6 men to drag them up the beach and a huge crowd gathered round. That would have been a very good income for whoever caught them.

A few local people have bikes and I just happened to see this one leaning against a wall and thought it would make an interesting photo.

Another morning was spent monitoring the coral reefs. This was a really arduous task – snorkelling in an area with beautiful coral, tropical fish and in a warm sea:) Of course there was also quite a lot of dead coral which sadly is happening the world over. Afterwards we had lunch on a tiny sand spit that only appears at low tide.

Despite my best efforts at staying under the canopy that was erected for a little shade I got sunburned that day. I blame the crabs, as I lay on my stomach for a while to photograph them and the backs of my legs caught the sun.

Another duty was to teach English to any of the local people who wanted to turn up at the volunteer house for a lesson. As a native speaker, I take my knowledge of the language for granted, but it was only when following a curriculum about grammar that I realised just how complicated it actually is. I had 30 minutes warning that I was to run a lesson that I hadn’t prepared for, which put me way out of my comfort zone, but others stepped in and pretty much did everything. It helped that nobody turned up on time as it was hammering down with rain, and apparently that’s quite usual. People just wait until the rain stops before venturing out!

Finally, on my last working day, we were dispatched to a local farm to help pick produce. We filled sacks with green peppers, chillies, tomatoes and aubergines and I don’t think I’ve ever been so hot in my life as the sun was searingly hot, it was extremely humid, and there was no shade.

Here are a few more photographs, and in my next post there will be lots of colour!